Recently there has been a renewed interest in previous posts related to Zen & art.  Here is a round-up of past art related posts from the Lost Coin Zen blog.

The Lore Of The Dragon – Poem & calligraphy by Daido Roshi

A Box And Its Lid – Photography by Caryn Silberberg

A Box And Its Lid – Part 2 – Photography by Caryn Silberberg Doen Sensei was recently interviewed live on Inside Out, an online radio program on Unity.FM.
Listen to archived MP3 below:
insideout.mp3 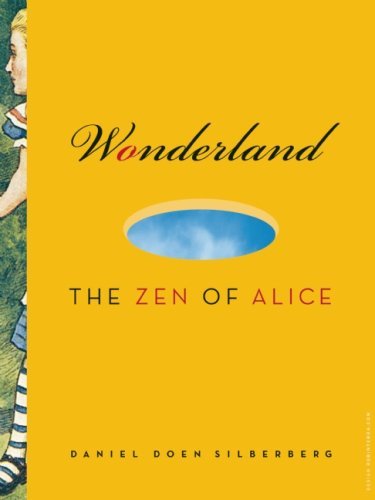 When Doen Sensei’s Wonderland:  The Zen of Alice was first published in October, it received an enthusiastic welcome–many readers who came to book signings were turned away because booksellers had not anticipated how heavy the demand would be (one store sold more than 50 copies in less than an hour).  Just four months later, the book is drawing more and more new readers.  Wonderland currently ranks number 15 in Amazon’s “Zen Philosophy” category and number 26 in the vast, general “Zen” category.
Wonderland‘s success has been so impressive that Random House will be publishing a German version in the near future.  We’ll keep you updated on other new versions as they’re announced.  Congratulations, Sensei, and bring on your next book!

Male and Female Ways of Committing to Practice

This is part 2 of a video continued from this post.
Doen Sensei discusses what it means when you commit to your practice and talks about the male & female versions of excelling in your practice.
He also talks about access to teachers, and personal interviews with his Fourth Way teacher Mr. Willem Nyland.
Also discussed are reasons why students sometimes justify not listening to their teacher.