air and light and time and space 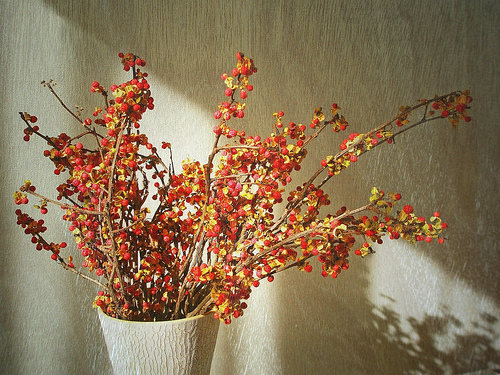 In the busy-ness of my life, at times I let some things slip to the side, at times other things.  Saying that it’s all about priorities doesn’t always mean that the “important” things get done; priorities shift, sometimes within the space of moments.  The only thing that is sure is that I never get it all done.
Doen talks about not living our lives saying “if only, if only, if only . . . ”—and the next word in that line is “dead.”  We can spend our whole lives waiting for things to line up, to be just right, before we start on a project that we’ve always wanted to do, or spend time with a friend or relative, or any of a million things that we think of but don’t act on.
It’s certainly something that I do, but I do it less often because I hear Doen’s voice saying “if only, if only, if only . . . dead.”  Tonight, after tucking my daughter in, I thought through the many things I could do:  make salsa from the tomatoes from my garden and can it for a cold Winter day; write to an old friend; read a novel; watch a movie; hey—I could get some sleep.  But I realized it’s Poem Saturday and, dammit, I need to post.  As so often happens, this poem popped right out as I was looking for one, and it fits perfectly with the “I’ll do it when . . .” syndrome.
(Many thanks to my brother, who called me one morning from Thailand, out of the blue, to read this to me on a day when it was exactly what I needed to hear.)